This week’s topic: setting and worldbuilding.

I struggle with worldbuilding. I wonder if part of this has been my background in theatre; in playwriting, I put most of my focus on character and dialogue, leaving the set to the designers. Playwriting and novel writing are very different from each other in many ways, but one of the most distinct is that playwriting in itself feels incomplete. The story doesn’t feel whole until it has actors and direction and a set and, most important, an audience. But in novel writing, especially with something like fantasy, the writer has to bring all of that.

I’m way more comfortable creating characters than whole actual worlds. My partner has a great eye for practicality, thankfully, and asks many questions I wouldn’t think of, about economies and exports and government structures. Still, building Kita’s world has been a years-long struggle. I’ve tinkered with so many things and changed details.

Originally, Kita’s continent had 3 nations: Bursett, Kita’s home; Nysse, the country Bursett has warred with for the last decade; and Taulith, a coastal oligarchy. As time went on, I added two more nations in the northwest: Nasan and Wasan, also known as the Twin Kingdoms. 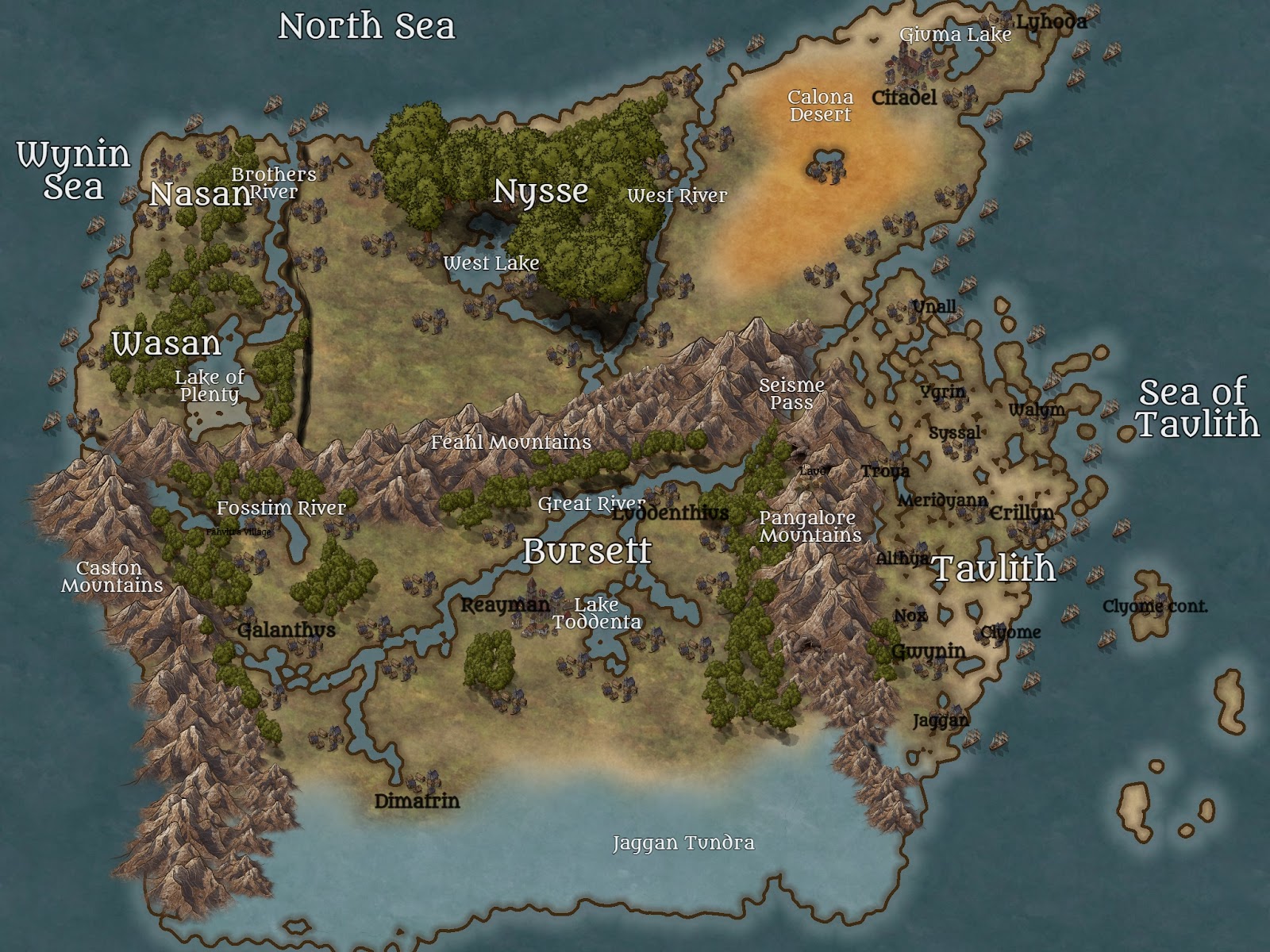 I made other choices about the world over the years. For one, the continent of Endimiento is in the southern hemisphere, so Bursett in the south includes a region of tundra. To distinguish it from our world in a major way, I decided that the sun rises in the west. Additionally, legends tell of people sailing beyond the horizon and never returning.

I’ve tried to distinguish between each nation in terms and culture and religion, but Bursett is the most developed, as it’s the center of the action. Bursett recognizes nine gods in three tiers of importance: the chief gods of Life and Death; the celestial gods of Sun, Moon, and Stars; and the minor gods Home, Wild, Mercy, and Victory. The gods have a tradition of claiming mortals as spokespeople, or scions, and their beloved mortals work to communicate the gods’ will.

In recent memory, the gods of Bursett have been quieter. However, the ruling Toddentry family continues to be blessed by the gods, guiding the people down the right path. The gods play an important role in Kita’s life, as she has a bond with the God of Victory, and as her story progresses, she connects with other scions.

Kita’s world is always growing and expanding, and I’m looking forward to exploring it more as I continue working in the world. In my opinion, you don’t need to have a fantasy world fully built before you start writing your story. Get the story out and fill in the blanks later.

What I read this week: Working on a Song: The Lyrics of Hadestown by Anaїs Mitchell; Winterkeep by Kristin Cashore.

One thought on “On Setting and Worldbuilding”